How To Do Company Culture 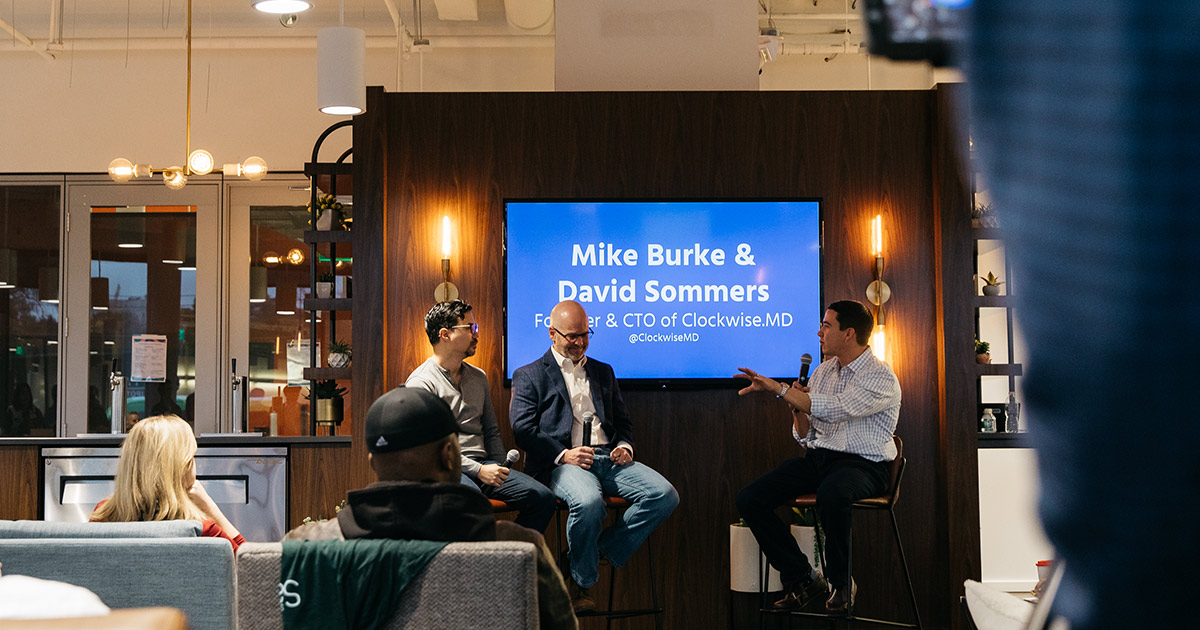 All companies try to master the “art” of company culture. Is there a best strategy? How do you ensure everyone on the team is on the same page? How do you create a positive environment with strong company values? At the first Healthcare Entrepreneur Meetup, Mike Burke (Founder) and David Sommers (CTO) shared some insight about how they originally “did” company culture at Clockwise.MD.

As leaders in the company, Mike and David took several books on company culture and read up. They took several ideas and tried to adapt it to their style. In their company, they had five key montras they lived by, one of them being “Act Like An Owner.” David believes culture is something you just have, not something you can enforce. For Mike and David, by acting and leading in a certain way it can then create the best atmosphere to work. By acting in a way in which you want for your company, the culture will follow, and the people’s behavior will too.

They believe strongly in creating a positive work environment by leading by example. One time, they had a competitor of Clockwise.MD tried to sneakily learn about their product. The competitor lied to them about who they were in order to gain information. As a result, Mike wrote a very empowered email, explaining how their competitors can act like that, but the Clockwise.MD culture would have no part of these activities—that’s not who they were as people and that’s not what Clockwise.MD represented.

Company culture can influence every decision made inside and out. It’s important to make sure everyone understands the values of the company and how to exemplify them in all they do.

Company cultures is hard to curate and so important to maintain. Here’s another example about finding the company culture you already have. How do you keep your culture positive? What are your best practices?