Q&A with CEO and Co-Founder of Infinite Giving

Infinite Giving’s CEO and Co-Founder Karen Houghton sits down with Nicolas Terwindt for a quick catch-up on the journey thus far. 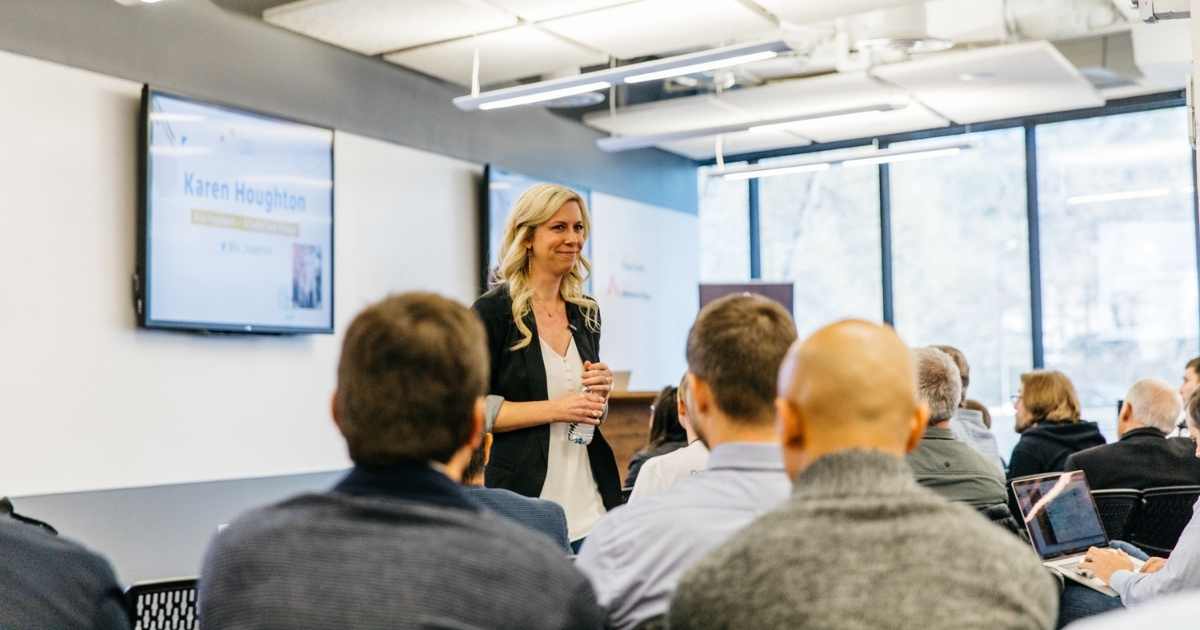 A Sit-Down With Karen Houghton

Last week I sat down with Infinite Giving’s CEO and Co-Founder, Karen Houghton. Karen, a long-time Villager, actually worked at the Atlanta Tech Village as the Vice-President supporting entrepreneurs. Now an entrepreneur herself, Karen is based out of ATV where she works to build and scale Infinite Giving. Infinite Giving is the investment platform for nonprofits. The idea stemmed from the missed opportunity of nonprofits not taking advantage of investing their giving. By using Infinite Giving, it allows nonprofits to easily receive endowments in the form of stock and crypto, as well as investing reserve funds to grow their giving. Check out the interview below!

It feels great! And has actually been a really natural transition for me. Building Atlanta Tech Village from the ground up and later joining Atlanta Ventures gave me the opportunity to be around hundreds of talented entrepreneurs and some of the most innovative tech leaders in the nation. It's impossible to be in that kind of community and not constantly be inspired. I'm not new to starting things - I was the Founder and Executive Director of a nonprofit, helped start a coffee company, was the first team member of ATV, and co-founded a startup called Bev. My work as a startup leader uniquely positioned me to build Infinite Giving. It's what I was meant to do.

In my career as a whole? Absolutely. As an early stage Founder? There's certainly lots of adversity but none specifically because I am female. A lot of that has to do with the quality and type of people I've chosen to surround myself with. From my co-founder and team, to our advisors and investors - the people at the Infinite Giving table are all good people who provide support, encouragement, insights, and want to see us win. I'm grateful for them. It's amazing what can be done with the right people next to you.

I will say that as I looked for a co-founder, initial team members, investors and advisors (mostly men) - I did take extra steps to ensure that they were supportive of women in leadership. Through questions, relationships, and reputation, I was strategic and intentional with who I invited in. That has allowed me the freedom to lead the way I am made to lead, and is something men probably don't have to think about.

Anyone in entrepreneurship knows about the crazy highs and lows of the journey and the inevitable trough of sorrow that can and will hit at some point, probably more than once. Building a company takes grit and determination which I have in spades, but knowing about those highs and lows and coaching people through them as an Advisor is quite different then actually feeling the depths of them as a Founder. It's a roller coaster for sure.

Difficult. Exhilarating. One of the best things I have done.

You can read more about what Karen is up to in a recent post about demystifying crypto.