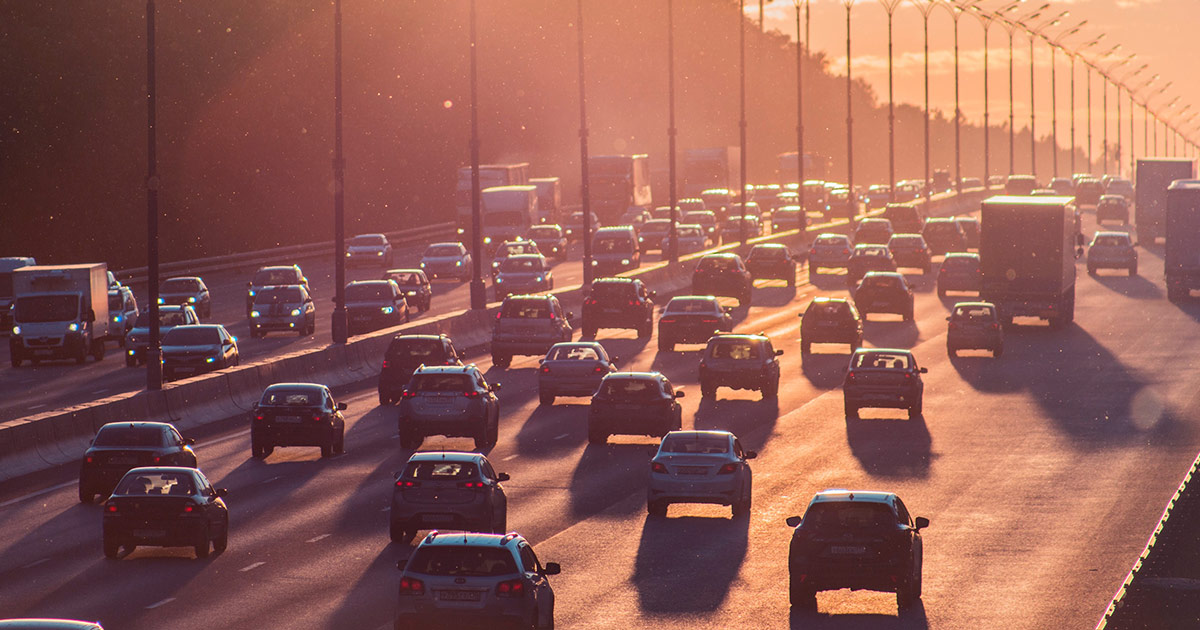 Our third Idea Chats Series post is brought to you by Christopher Travers. In this series we’ll be sharing findings on problems we’re currently exploring. Each post will follow a similar format: 1) what exists today (if any), 2) what are the problems with it, 3) what does the future look like?

Traffic inefficiencies are a product of human error. In 2014, Americans suffered 6.9 billion hours in traffic delays due to missed turns, unnecessary braking, slow drivers, fast drivers, rubbernecking, and countless crashes. Humans make faulty decisions on the road every day. Replacing human drivers with computers will have a positive, significant impact on traffic delays. However, the self-driving utopia still sits on the horizon with an ETA of 8 years.

While the world idles in anticipation for self-driving cars to rule the streets, Apple and Google are parked on a lot of valuable data that could immediately revolutionize how we interact with intersections. Each driver's speed, orientation, location, acceleration, and more is tracked and consumed by mapping algorithms. In the specific context of intersections, tech companies retain a highly-accurate, live representation of traffic light patterns worldwide.

Sure, traffic light pattern data is phenomenal for calculating trip time and optimal routes internally, but it does not improve a driver's actual efficiency at the wheel. At red lights, people daydream, check their phones, entertain their kids, talk to passengers, eat, pick the next song, and sometimes even read a page of a book! Next thing you know, the light is green and valuable seconds are lost due to these distractions. Even worse, tandem distracted drivers sprinkled along a line of cars multiply traffic flow inefficiency.

The traffic light at the imaginary corner of First & Main turns green for 20 seconds. Ten cars should be able to pass through the light if everyone is paying attention. Uh oh! The first driver is distracted for two seconds before driving, bringing the # cars to pass through the light down to nine. On no! The seventh driver was trying to calm their crying daughter in the back seat and it took four whole seconds before the eighth driver honked at them, telling them to drive.

In areas with multiple sequential traffic lights, this inefficiency ripples cripplingly throughout preceding intersections. For every driver who "should" have made a light, there's a driver some distance behind them who will barely miss their next light as well, oblivious to the forces in play. This domino effect goes on forever until the rush is over and every car makes it through a cycle. This problem is massive and we don't need to wait a decade for self driving cars to solve it. We can put a dent in this problem today.

"There must be a better way!"

Giving drivers a ten second countdown to an impending green light enables alertness and significantly reduces the need for human reaction time. No longer will drivers need to sit and wonder anxiously when the light will turn green. Habitually distracted (need I say careless) drivers will be able to time their distractions and ensure they do not negatively impact other drivers. "Yes, calm your child in the back seat—but we're on the same page that you have 9 seconds until you need to move your vehicle forward." An improvement.

Imagine how an intersection would operate if everyone knew when the light would turn green. Drivers would be ready, distractions would be reduced, and cars would move synchronously immediately when the light is green. This dream is extremely attainable.

Who all could make this dream a reality?

Auto companies could take on the initiative and implement a similar alert feature using sensors and car movement data, but it would take years to hit the roads after proper R&D and would only impact a tiny fraction of the population (those who buy the newest cars). They're best equipped to eliminate this problem all together via self-driving technology.

A hardware startup could create a dash cam that detects and reacts to traffic light status on the fly with a "beep" or push notification to the driver, however timely mass adoption is unlikely due to the high cost to consumers (they would need to buy the device) and the challenges involved with getting a new gadget mass adopted.

Local governments could take the initiative by funding intelligent intersections that react to traffic dynamically, though this will take time and tax dollars to solve a different problem in a unique way. Further, traffic lights will be abolished when self-driving cars rule the road, so increasing government spending on a utility nobody will use in a decade is unwise.

Therefore, tech companies are uniquely poised to bring this dream to fruition. They have accurate, live data on traffic light patterns, access to tens of millions of drivers for immediate and effective roll-out, and a strong incentive to reduce congestion on the roads. Should Google, Google's Waze, and Apple pool their traffic light pattern data and agree to implement a traffic light indicator in all three apps, we would see a significant improvement in intersection traffic flow by the end of 2018.  I predict upwards of a 7-10% efficiency boost of cars passing through intersections should all three apps implement the feature. These companies could even (and might already) collaborate with local governments for direct, infallible access to traffic light patterns, removing ambiguity and further boosting feature effectiveness.

While this dream is attainable, Google and Apple will need to take into consideration the following negative side effects.

Drivers at the front of the line, once equipped with knowledge of an impending green light, might cheat the light, accelerating a few seconds before the light turns green. This is a danger to public safety, as they put themselves in the path of drivers who cheat the red light traveling the other direction (those who run a light right after it turns red). Tech companies can quash this behavior by determining premature driver movement and quietly revoking the feature from repeat offenders, preventing them from continuously abusing access to the feature.

Despite these negative side effects, I believe Google and Apple have the ability, access, incentive, and the positive social obligation to collaboratively implement a traffic light alert feature in all their mapping apps before the end of 2018. Should these companies choose not to implement such a feature, I see a sizable opportunity for a hardware startup to launch a green light detecting dash cam.