7 Ways to Brainstorm a SaaS Startup 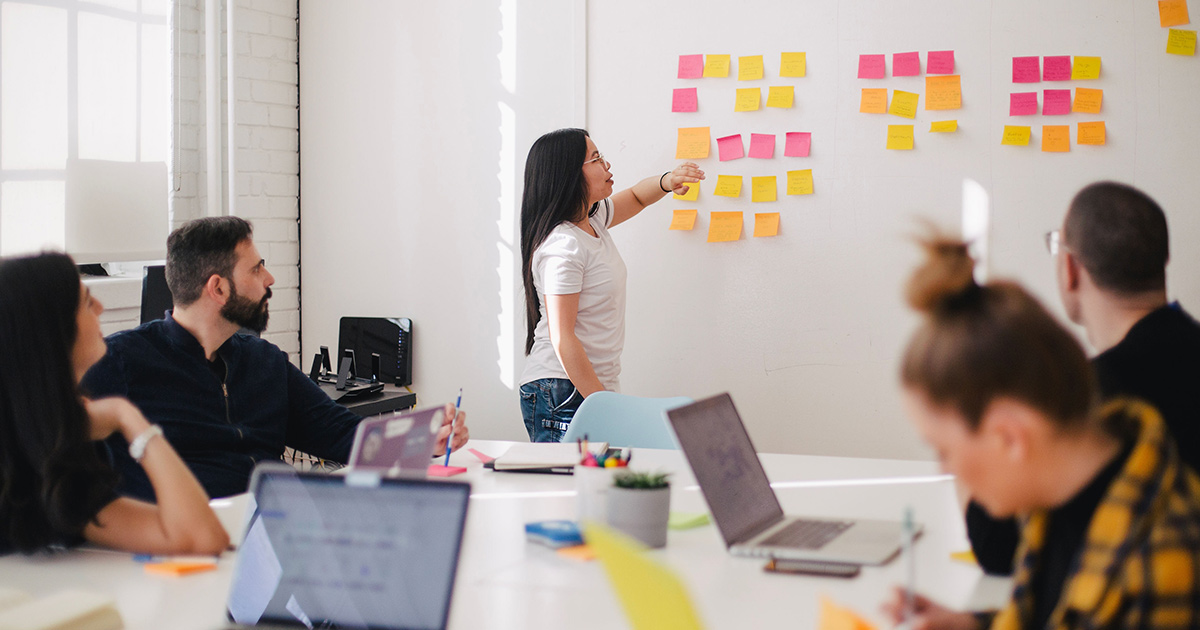 Sleepless nights filled with excitement from a business idea is almost a right of passage for entrepreneurs. You’re trying your best to go to sleep, but you keep asking yourself: “how could someone not think of this yet?” or “if that company is doing it that way, I can definitely do it better if I just built it this way.” It’s important to be excited about your idea. Enthusiasm is needed for the times when credit card transactions are few and far between, or when your recently shipped product isn’t receiving the market response you predicted.

Before you get too excited about an idea, remember a few key points: 1) ideas are cheap and everyone has them 2) execution is way more important than the idea (Derek Sivers shares this brilliantly) 3) ideas can change on a dime, but problems tend to be a bit sturdier and long lasting.

There’s also the opposite end of the spectrum. A real challenge when starting a business is coming up with an idea, or even finding a problem to begin with. Many people are ready to start a business -- they’ve organized their life accordingly (saved money, kept expenses low, gained support from family, etc), but the final hurdle is answering the question “what business do I start?”

Millions of businesses are ready to be built and problems to be solved. Elon Musk is trying to fix traffic in LA and make an affordable, high volume electric car company, all while simultaneously exploring the final frontier.

This post is for the entrepreneur who is building a SaaS business in the Southeast. 80% of venture capital investment dollars go into 4 states, and none of them are in the Southeast. As a result, a certain type of entrepreneur and company thrives in this environment. Rarely do businesses earn funding dollars on just an idea. Traction, customers, and product usage go a long way for any business, particularly in the Southeast.

We’re not creating a commercial airline for outer space, but when it comes to SaaS, amazing ideas have turned into billion dollar businesses with supreme execution.

Today’s post shares a few ways to generate ideas to start a company.

1) Scratch your own itch.

This is one of the more popular phrases when ideating businesses. There are many pros and cons to this approach. The pros are you know the problem first-hand and therefore are your first customer. Building a solution for yourself is much easier than building one for someone else who is communicating their problem to you. Another pro is you likely have deep industry knowledge on the problem, giving you a stronger comparative advantage.

Examples of this include Pardot and LeaseQuery. Pardot was started as David Cummings was scratching an itch to gain more customers for Hannon Hill. George Azih of LeaseQuery worked nights and weekends to solve a very specific problem he knew existed from his years as an accountant.

Scratching your own itch is a great way to start a business. However, one of the major downsides is the need for industry experience! Getting exposure to enterprise-grade problems can require years of understanding an industry.

2) Do methodical customer discovery in a big market to find large, recurring problems to solve.

If you want to let someone blow off steam, ask them about their problems at work. It could be anyone from a middle manager, up to the CEO, down to a front line employee. All of them are going to have problems doing their job. Whether an inefficiency in the process creates supports tickets a mile long, or communication is just completely shot, problems are all around in the enterprise, you just have to ask.

For example, Scott Voigt and his team at FullStory started out solving a problem in a completely different market than where FullStory is today. Through trial and error they methodically interviewed potential customers and soon-to-be customers until they landed on the valuable solution they provide today.

Deep customer discovery is a great way to pre-sell your product, build a community, and learn the pain of tomorrow’s customers.

3) Find a group of legacy players in an existing industry to disrupt.

Innovation is cyclical. One generation’s shiny object is now old hat to the next. Just as Facebook wasn’t the first social media platform, with MySpace and Friendster preceding it, the same pattern takes place in SaaS. Two great examples in Atlanta include CallRail and Calendly. Inbound call tracking software has been around for years. However, it was always expensive and difficult to set up. Andy Powell and team at CallRail built a simple, yet more efficient application that is #1 today for customer reviews for call tracking software.

Scheduling software has also been around for quite some time, however, Tope Awotona and team from Calendly built a product with a seamless flow that delights users. The experience is so good that Calendly has consistently earned the leadership position in customer satisfaction for their category.

4) Build a community of buyers first, and then deliver the product to them.

As long as you know your buyer, you can sell them numerous services and products. SalesLoft is a great example of focusing on the community first.

Kyle Porter and Rob Forman set out to solve a problem for sales reps: delivering sincerity at scale. It started with finding the prospects, and then transitioned to emailing those prospects with the right message. The product has now continued to evolve into a suite of services including calling, coaching, and more. Before Product/Market Fit, SalesLoft developed trust and rapport with a community of potential buyers through content and freemium apps.

5) Time the need and create a new market.

Jason Cohen highlights the research from 200 companies about the key factor to generating success. The number one answer: timing. This route for brainstorming an idea is more risky. Every entrepreneur is predicting the future by building something from scratch. However, timing the need is predicting the future behavior of buyers which is riskier, but can pay off dramatically if done correctly. Airwatch and Terminus are two examples of this occurring in the Southeast.

Airwatch was acquired by VMWare for $1.54B in 2014. Airwatch timed the enterprise mobility management market extremely well. The company was founded in 2003, and took on a new chairman in 2006. The iPhone came out two years later, and resulted in the explosion of mobile device usage for businesses soon after. Airwatch timed the natural market desire very well.

Terminus is another great example of a company timing a market need and defining the category.. Before Terminus, Account Based Marketing was rarely a term, but after, just about every CMO knows what it is, and Sangram and team helped defined the category for Account Based Marketing. They also built a wonderful, vendor agnostic community, which resulted in increased market awareness, further fueling its growth.

6) Turn a consulting gig into a product.

There are many stories about how a product began as a one-off consulting gig for a single customer. This approach is great because it puts the entrepreneur right at the intersection of the problem. By manually fixing the problem and providing the service, one is able to learn the industry’s deep problems. This is an example of “scratching your own itch.”

SingleOps started out as a consulting project for a more established company in the pine-straw industry. Through 3 months of research and customer discovery, Sean McCormick and team realized the problems they were solving had applications outside of just one customer. Today, they have an industry full of paying customers.

There are people out there who understand markets and problems better than most. Find them and ask them what they would build if they had the time. Naturally, it won’t be their top idea -- the one they are currently working on will be. Knowing an idea is only an idea, and the real work comes in execution, most serial entrepreneurs are open to sharing their ideas.

Coming up with ideas to start a business is fun, but what’s most important is believing in what you’re building and knowing why you’re attracted to the idea.

A.T. Gimbel
TAM - What is it, How to Quantify, and Why it Matters
Jacey Lucus
Use a Simple Strategic Plan as a Roadmap to Success
Jacey Lucus
Simple Strategic Plans: A Tool to Create Them and Tips for The Process
About US
Our StoryTeamJob BoardPortfolioContact
Events
Upcoming EventsPast EventsGet Updates
Resources
BlogsToolsStoriesNewsPodcastHealthcare
CAPITAL
Build with usRaise with UsPortfolioStudio
© 2021 Atlanta Ventures. All rights reserved.  |  Terms & Conditions  |  Privacy