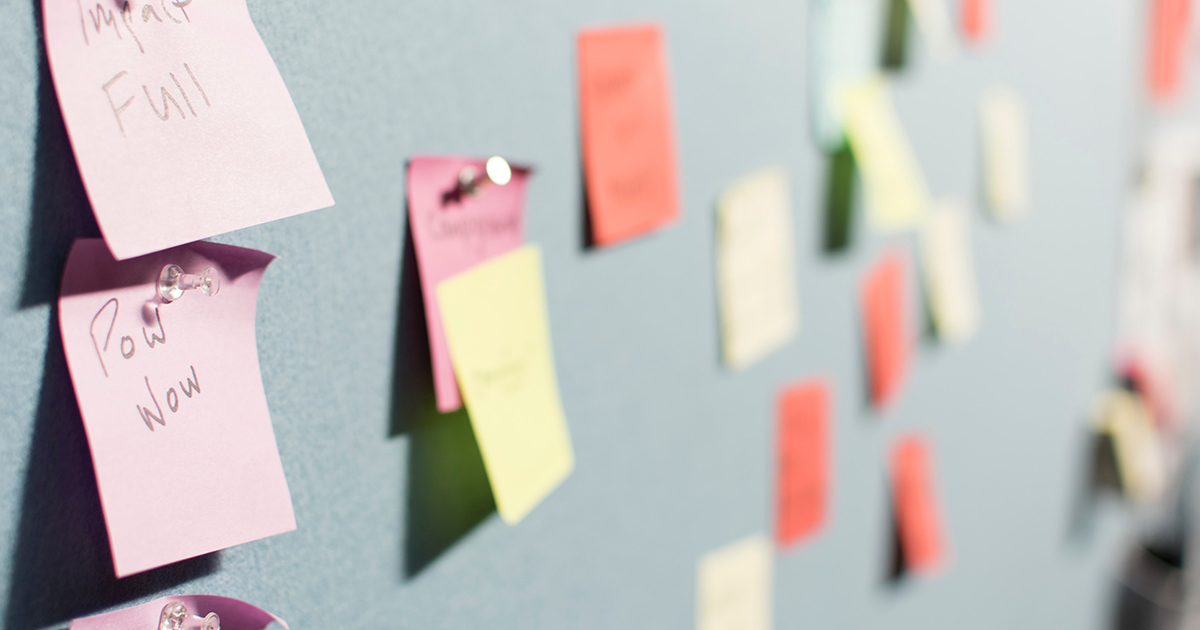 I’ve worked at a few companies in my career and in each experience, team thinking has always been a part of it. At one internship the team gathered in the “fishbowl”, a glass conference room in the middle of the office, and wrote down all their ideas on sticky notes and posted it to a wall to visualize all their ideas. In another, the team sat around and discussed ideas. At another, one person would draw out storyboards on big pieces of paper. At each there was a different method of idea curating. Was one way better than another? Do colorful sticky notes mean your mind will work differently than just talking it out?

This got me thinking: what is the best way to curate new ideas? A key skill that all entrepreneurs have seems to be discovering and creating businesses based off of great ideas. Knowing how to start with an idea seed, then grow it into a thriving company can be difficult. Brainstorming sessions may or may not be as effective as expected, but are you brainstorming the best way for you and your team?

Loran Nordgren, a professor at the Kellogg School of Business at Northwestern, critiques the traditional way of brainstorming. He believes that the new and improved form of brainstorming, is brainwriting. Brainwriting is when the team writes down their ideas individually then shares later. Write first, talk later. The first ideas are not always the best. When utilizing the brainwriting technique,  the first or second idea doesn’t get stuck in your team’s head as the idea you compare the rest to. By writing down your ideas first, you aren’t influenced by others ideas or comments. You are able to get all your thoughts out first, and then go discuss, instead of racing to see who has the best idea, fastest. By writing them down, it’s easy to see which idea could be expanded and which ideas are simply variations of each other.

Another great way to brainstorm is ideation. I had a professor of Human Capital in Organizations which is a class about the collective knowledge, skills, networks and other intangible assets of individuals that can be applied to generate economic value for themselves, their organizations and other stakeholders. She who was a firm believer in the brain dump method: when the team writes down at LEAST 100 solutions to the problem at hand. She called it “ideating”. Now, while that is not the definition of ideate, it did stick with me. Sometimes after you write down the ideas in the front of you mind, you have to push yourself to dig past the obvious. It forces you to get creative, get original, and not focus on the ideas that are already down on paper. After the long list of solutions, it’s easy to review and pick out which are best. Maybe even combine one or two—or five—together to come up with the ultimate answer.

A number of strategies have been devised to help foster creativity. Whether it’s structured method or a free flowing discussion, a method that has been growing in popularity is Design Thinking. Design thinking is about understanding the stakeholders needs, thoughts, feelings, and behaviors in order to build a solution. Design thinking requires multiple brainstorming sessions, with much trial and error to get to the  proposed solutions.

There are five stages to design thinking:

Empathize: To create meaningful innovations you need to know your users and care about their lives

Define: Framing the right problem is the only way to create the right solution

Ideate: It’s not about coming up with the ‘right’ idea, it’s about generating the broadest range of possibilities

Prototype: Build to think and test to learn

Test: Testing is an opportunity to learn about your solution and your user

If you want to know more, here’s Tim Brown explaining how Design Thinking can help solve complex problems on the TED Stage.

When I asked some SaaS professionals how they like to brainstorm…

There is no clear answer for the absolute best way to brainstorm new and innovative ideas, but there are best practices. Decide what works best for you and your team and don’t be afraid to try new methods, no one is ever too old or experienced to try something new.

Here is a great brainstorming tool that also happens to be a SaaS company.